The Grand Champion Fish and The President Trophy 2016

However, we are very sure with the proverb said that there is no such thing as a coincidence on this earth. It’s not merely a coincidence if the juries gave the highest scores for Robin Arowana Farm’s fish, and now The President Trophy, the symbol of Grand Champion, is in our midst. 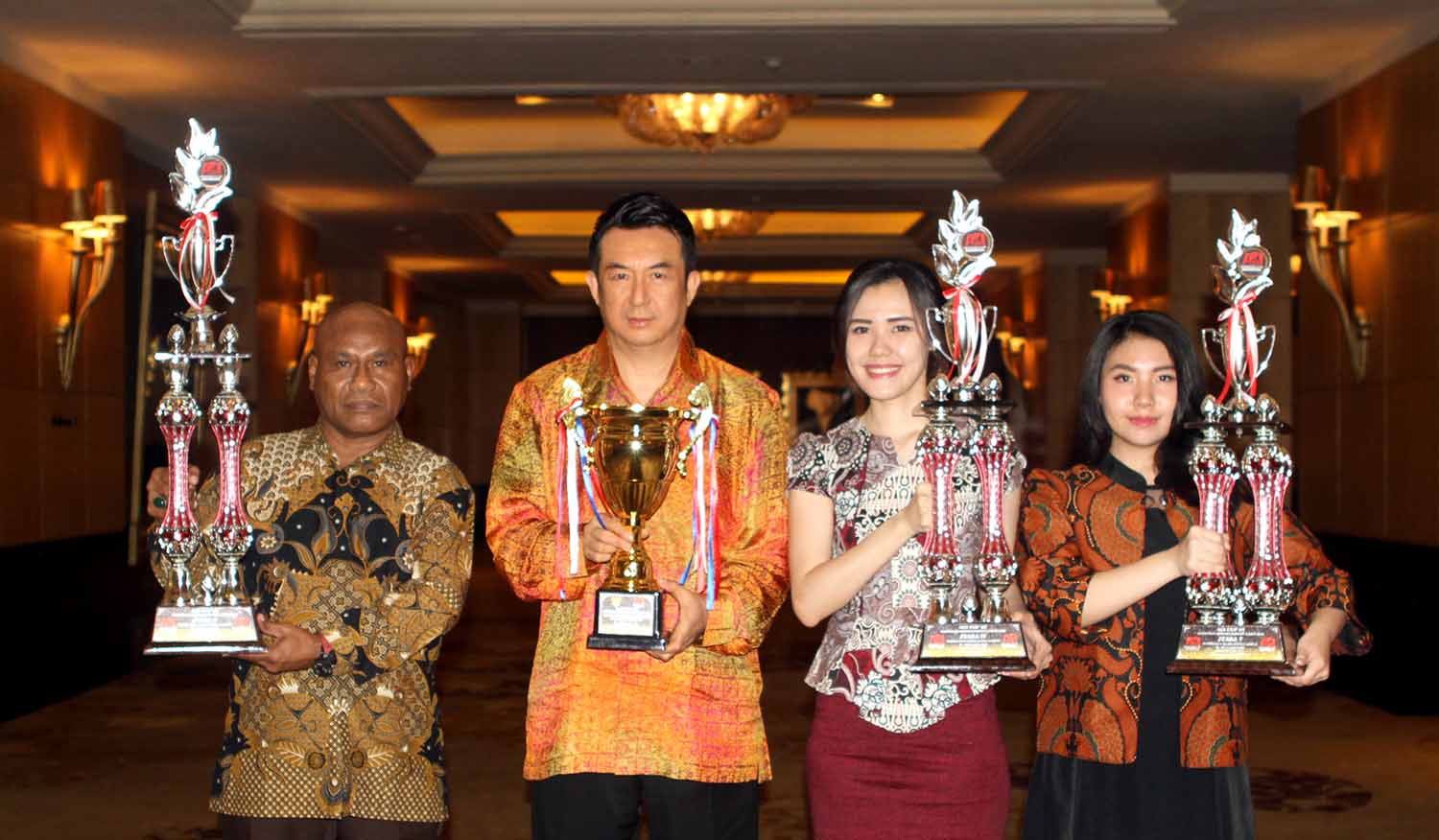 Mr. ROBIN HE Along with The Robin Arowana Farm’s Team

We believe these are the results of our efforts, hard work, commitment, and our consistency in producing champion grade of Arowana fish. We are very thankful for the given appreciation in the event held by Arowana Club Indonesia (ACI) at International Convention Exhibition (ICE) on December 16-18, 2016.

Mr. Guo Tai Jie Along with His Wife

With all due respect to any parties which we cannot mention one by one, please allow us to thank the hobbyists wherever you are who always support us. Secondly, to the entire Arowana Club Indonesia managements (ACI) and the whole committees that were working so hard to prepare this event very well.

Thirdly, to the juries who have given an objective judgment, which are, Mr. Hendri Leong, Mr. Rully Darmawan, Mr. Suwandi, Mr. Dato’ Sri Teo Tsoon Yong, Mr. Nico Heriyono, Mr. Sriyadi, and Mr. Walujan Tjhin. Hopefully, the natural charm of Indonesia, which is Arowana, can be more famous and penetrated many places around the world. We believe with the support of many parties, such ideals can become a reality. Thank you!