After the recently won Grand Champion Title in the Philippines, Robin Arowana Farm reached the same achievement during the “Festival City Link Cup 2014”. RAF again achieved the Grand Champion Title in the competition and Arowana fish exhibition named “Festival City Link Cup 2014”. This event was held by Aro Show and Indo Dragon in the city of Flower Bandung, West-Java, Indonesia from May 13th until 18th 2014.

By the record, this is the 14th time of achievement by RAF. This gives RAF a great feeling of happiness and proudness. Moreover, this title has been achieved in a short period of time, approximately one month after attending the competition in Manila, Philippines. We are grateful for this achievement.

Quality is our main importance and we have proved this through the achievements that we have acquired over time. Therefore, on this occasion let us congratulate and thank the Aro Show and Indo Dragon who have successfully held this event. Also, we would like to say thanks to the sponsors that helped to organize this event. 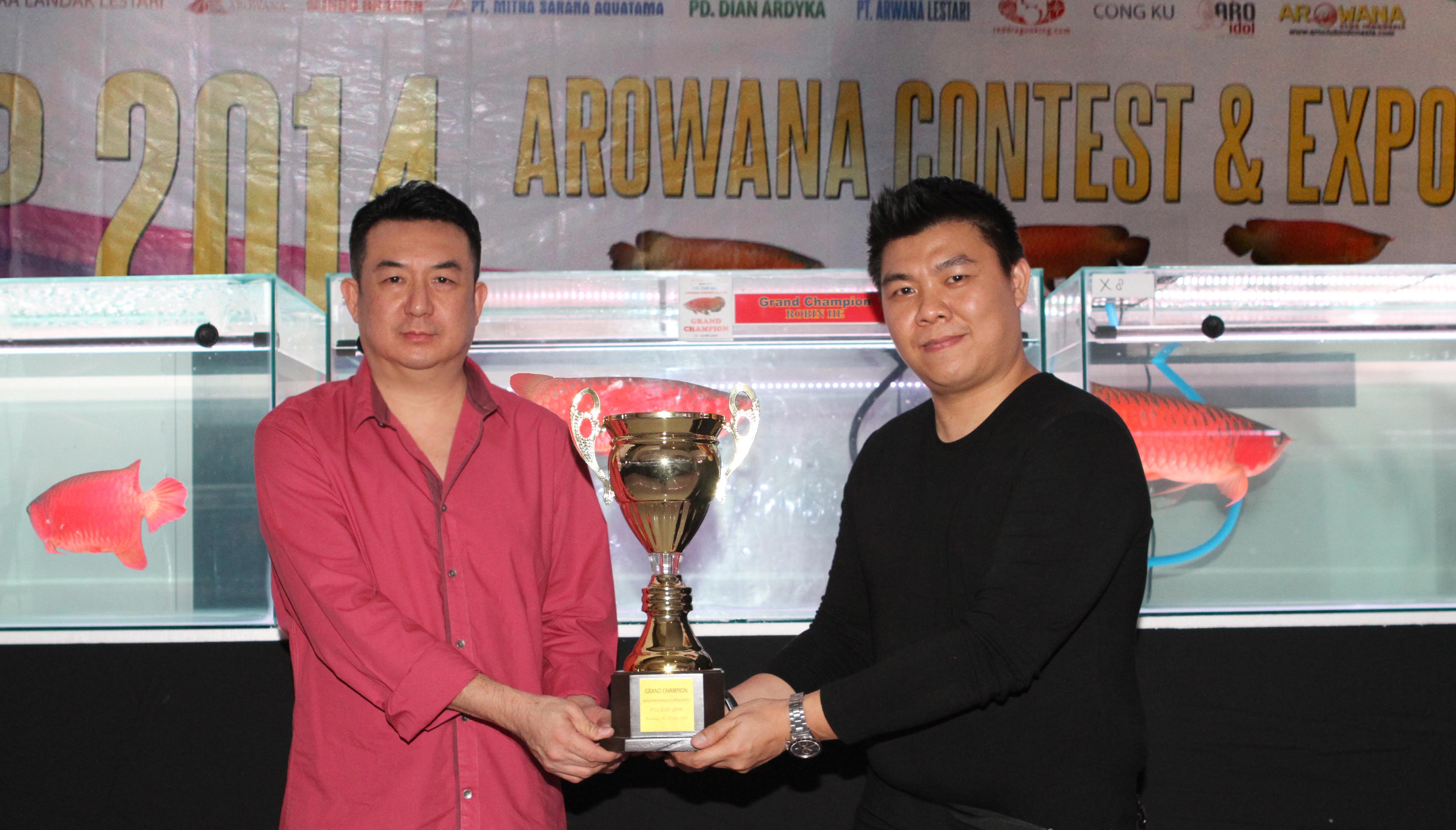 We are hoping this kind of event will continue in the future to benefit the development of Arowana’s world. Congratulation and success to all of us!

The enthusiasm of visitors while attending Festival City Link Cup 2014.