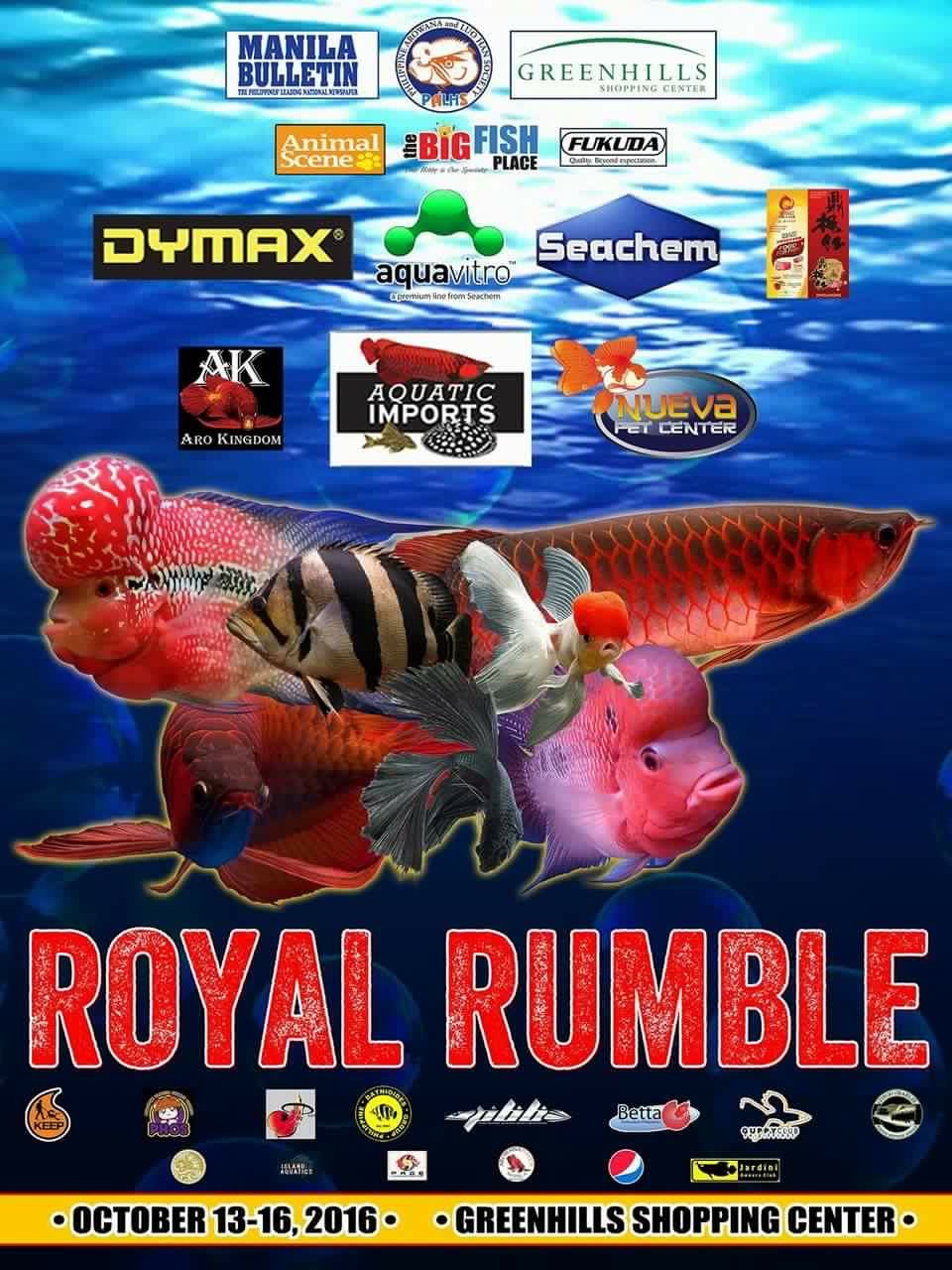 For Robin Arowana Farm, competition is not just about winning or losing. But when Robin Arowana Farm regained the Grand Champion title for the 19th times in the Royal Rumble event on October 13th-16th 2016, we consider the achievement that we have reached in Greenhills Shopping Center, Manila, the Philippines as a bonus for the hard work and commitment that we have done to produce Arowana fish with champion grade. 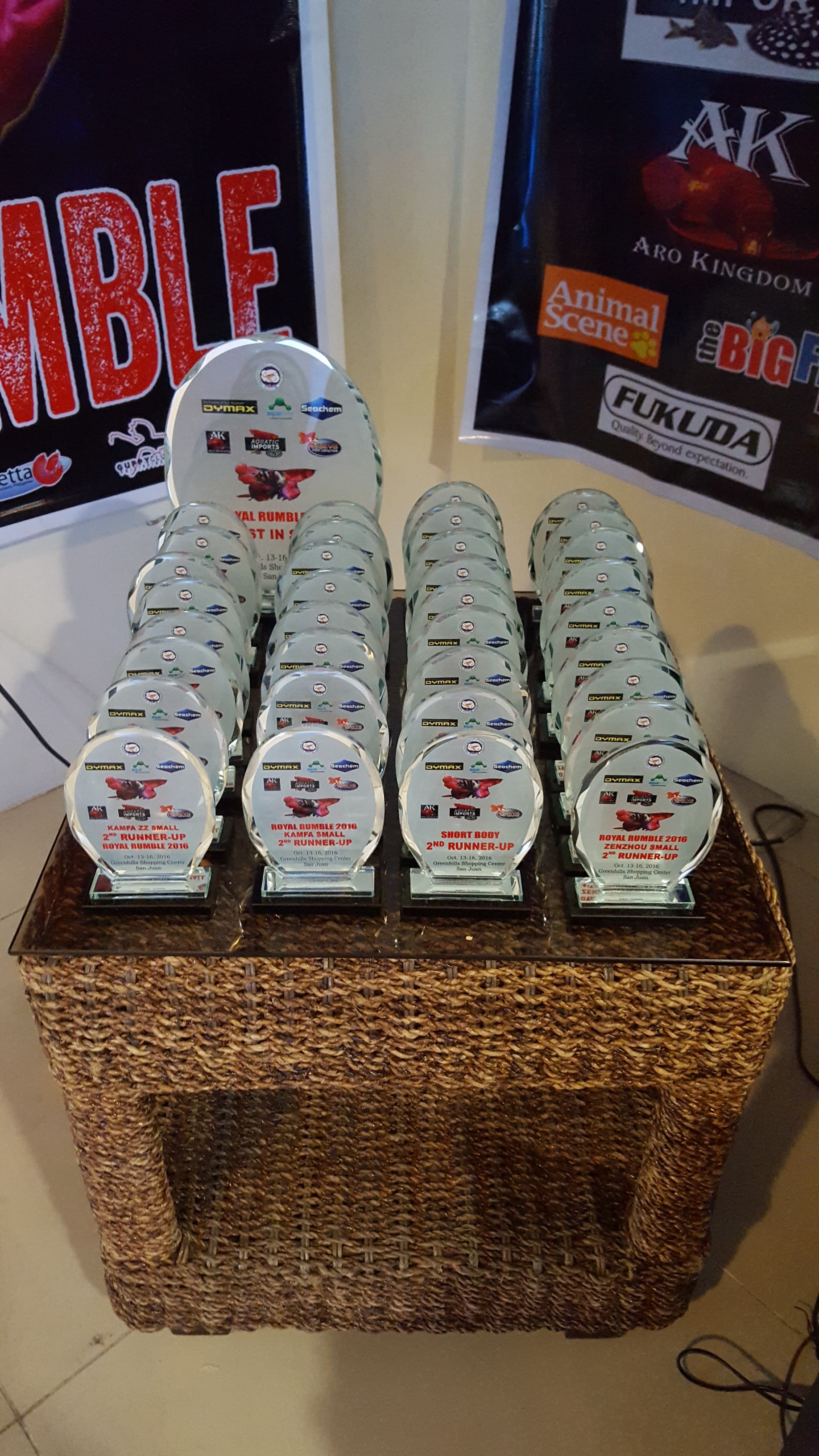 The Row of Trophies in Royal Rumble Contest, Manila, Philippines

19th is a long and winding journey. There are a lot of things that we can get from the word “competition”. But we believe that is not because of the strength and greatness of our own that we can through to the point of this pride. 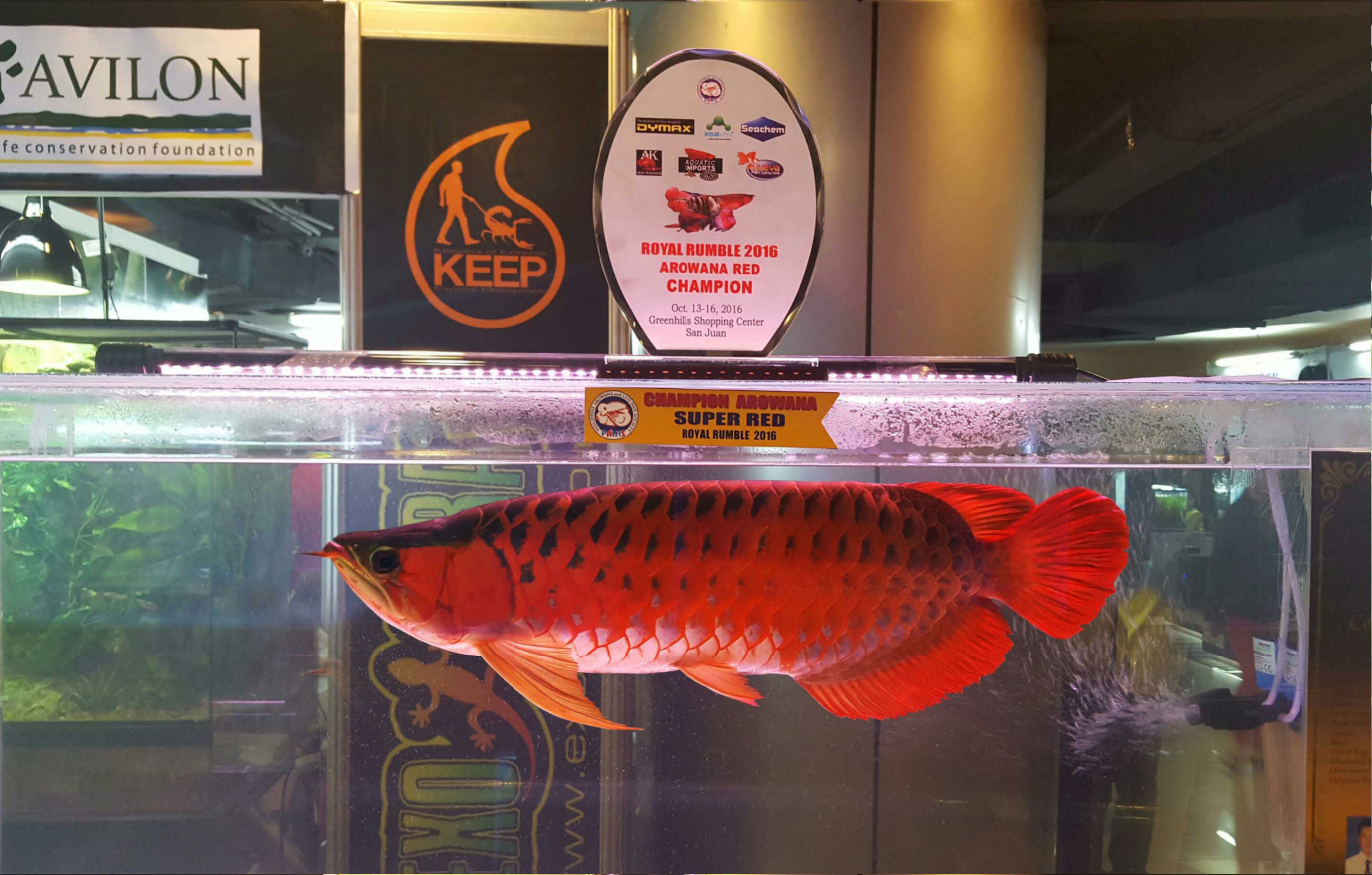 There are so many parties that we cannot mention one by one who always gives incredible supports so we can always perform in advance. First for Robin Arowana Farm’s hobbyists wherever you are who always yearn for the best quality of Arowana fish. All of you who constantly boost our spirit to do the best. 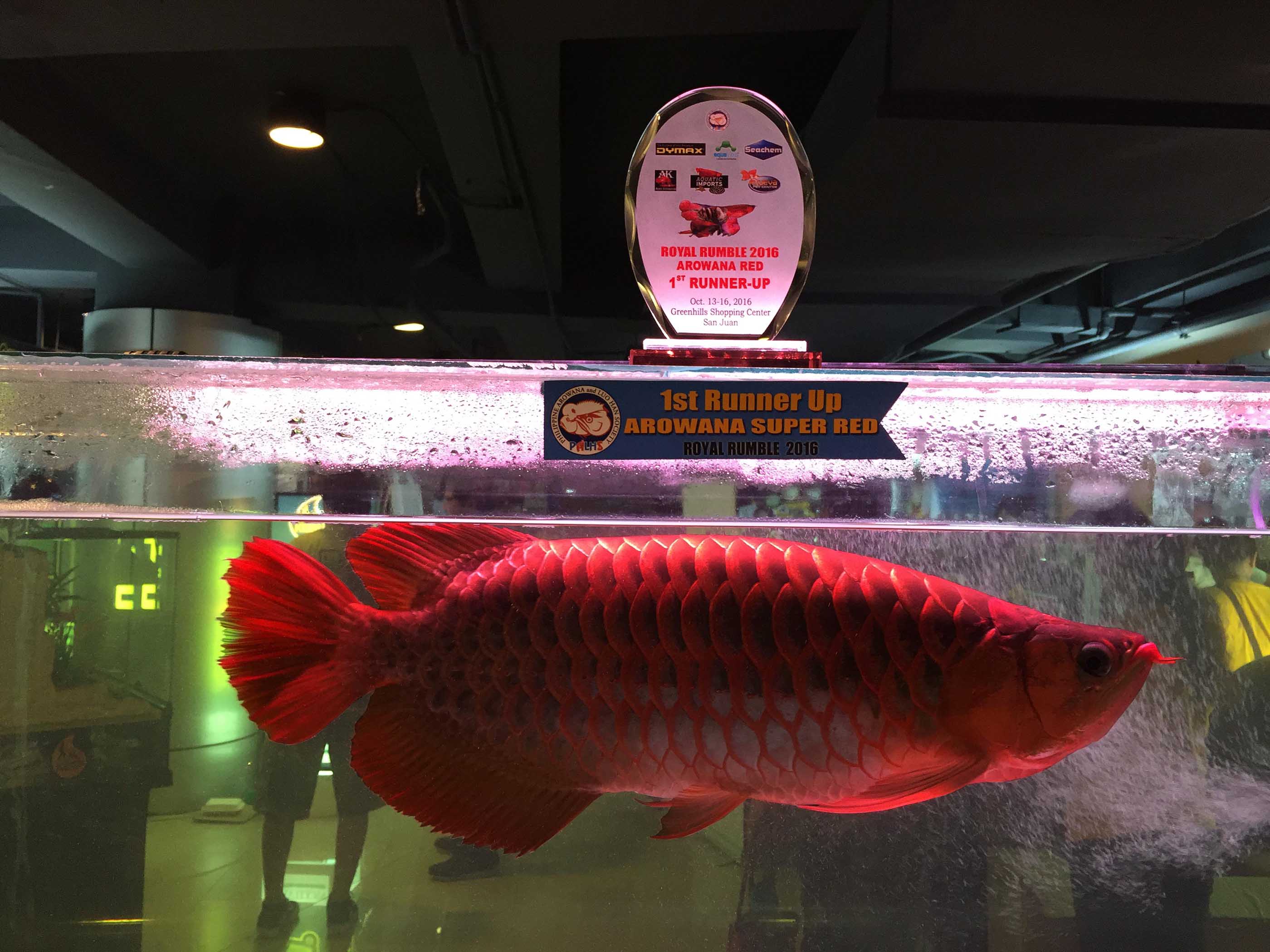 Secondly, our representative in the Philippines, Mr. Glenn Angeles (Owner of The Big Fish Place and The Big Fish Place Junior) along with the staff who have registered Robin Arowana Farm’s name and help us until the end of the competition. 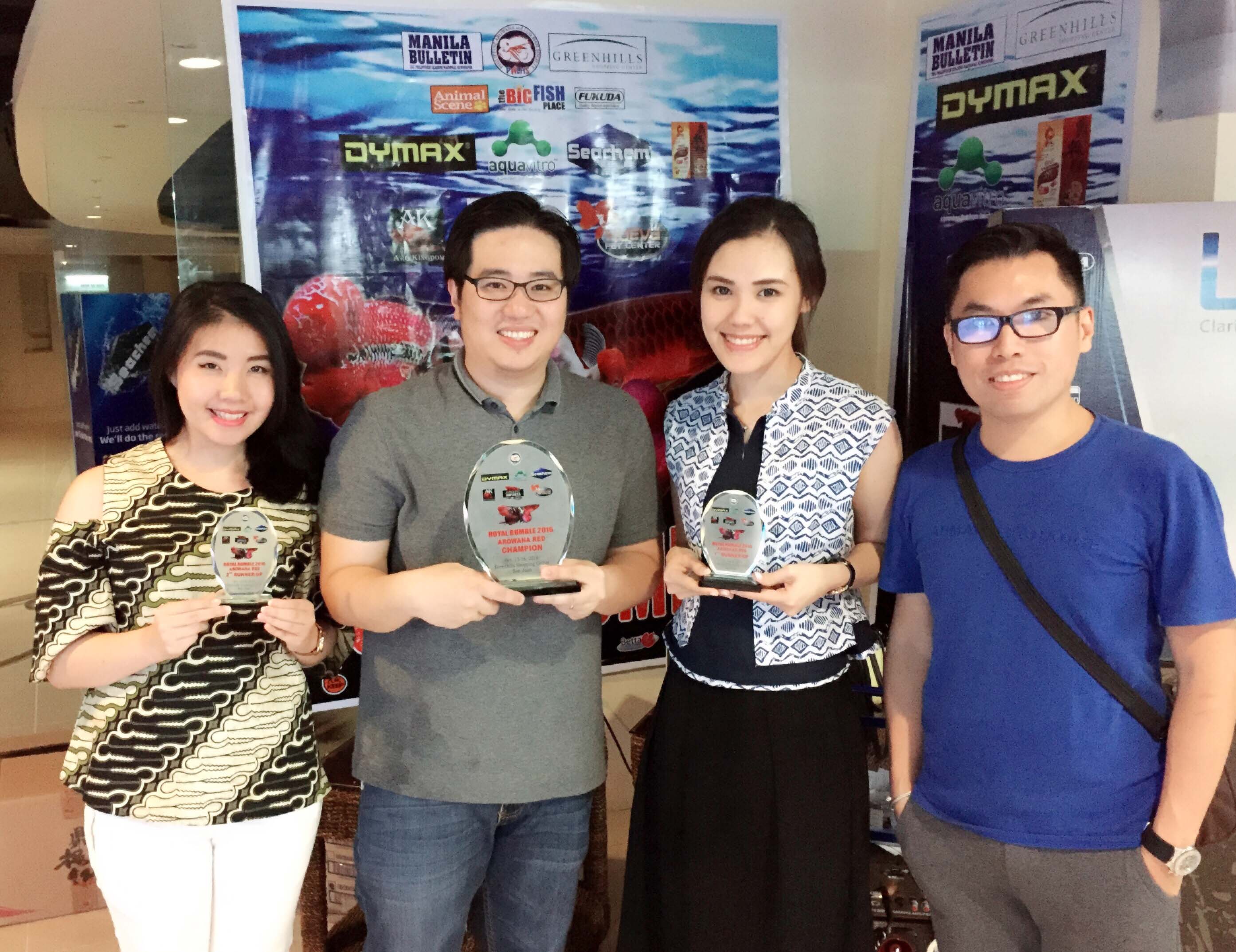 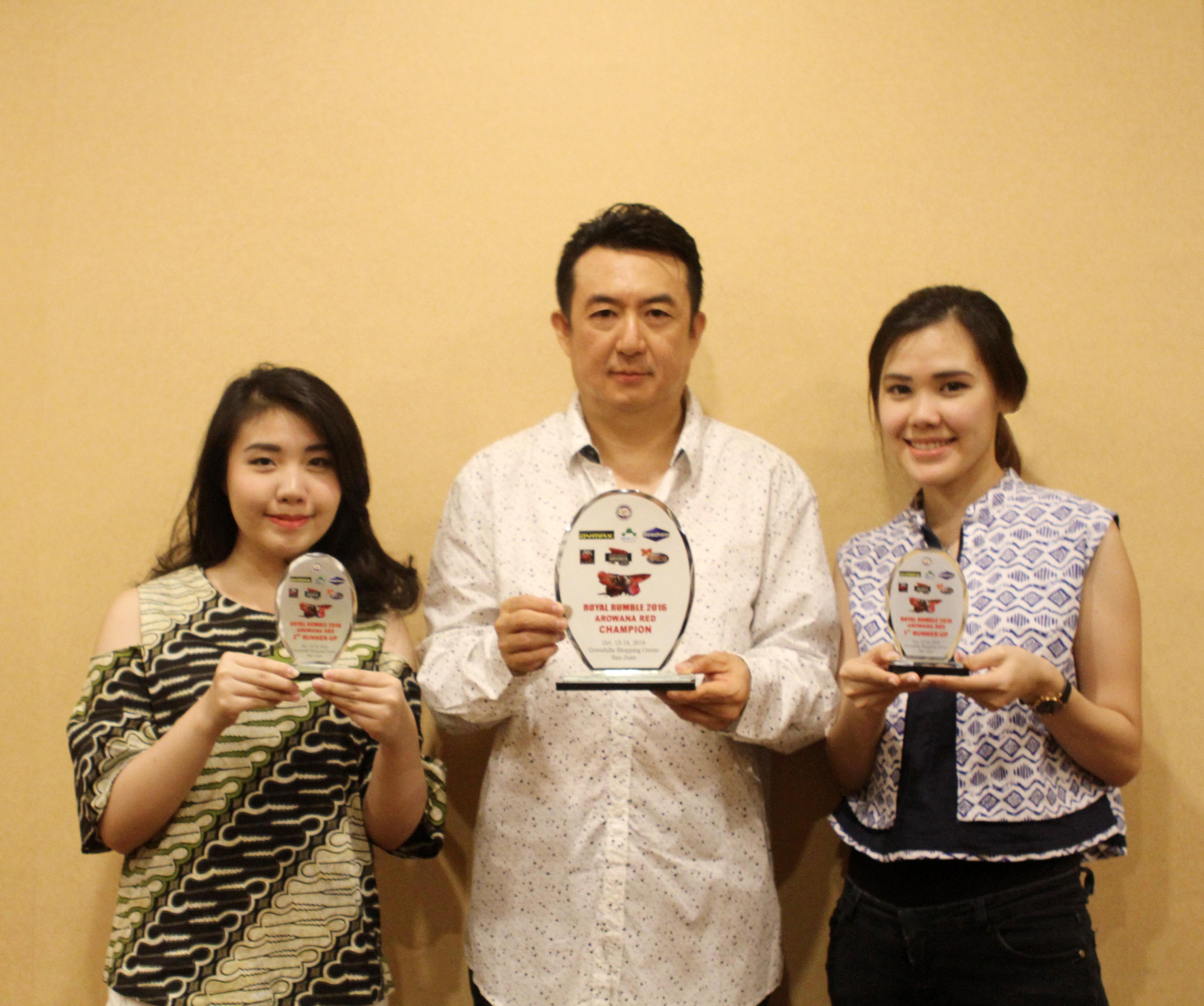 Mr. ROBIN HE Along with Robin Arowana Farm’s Team

Thirdly, the organizers who have conducting this incredible event. And the last, the judges who have made an objective assessment, Mr. David Choi, Mr. John Koo, and Mr. Franklin Dela Cruz. We present this title to all of you!